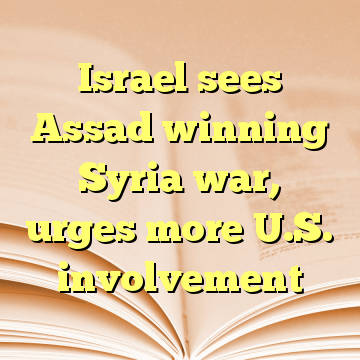 Avigdor Lieberman’s comments marked a reversal for Israel, where top officials had from the outset of fighting in 2011 until mid-2015 regularly predicted Assad would lose control of his country and be toppled.

“I see a long international queue lining up to woo Assad, include Western nations, including moderate Sunnis. Suddenly everyone wants to get close to Assad. This is unprecedented. Because Assad is winning, everyone is standing in line,” he told Israel’s Walla news site. [ Source: Reuters (Read More…) ]