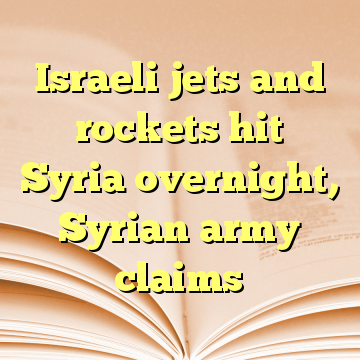 While Israeli officials declined to comment, Reuters reported that Prime Minister Benjamin Netanyahu had said Tuesday that Israel’s policy is to prevent Hezbollah from moving “game-changing weapons” out of Syria.

“We back [the policy] up as necessary with action,” Mr. Netanyahu said in response to a reporter’s question about the Syrian army’s claim, although he did not explicitly confirm that Israel had carried out the overnight strikes. [ Source: Washington Times (Read More…) ]