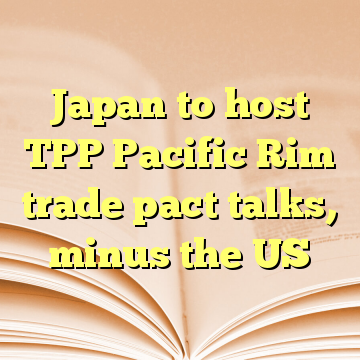 The three-day meeting among envoys from the 11 remaining members of the Trans-Pacific Partnership follows a breakthrough last week on a Japan-European Union trade deal seen as a repudiation of the U.S. moves to pull back from such arrangements.

Trump pulled the U.S. out of the pact soon after taking office, saying his “America First” policy favors one-on-one agreements with other nations rather than multinational pacts like the TPP. [ Source: Fox News ]