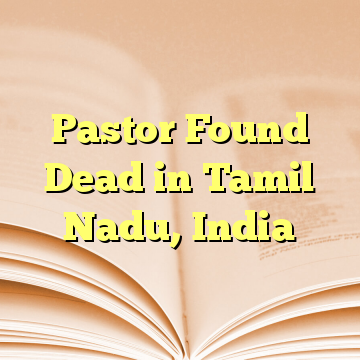 (Worthy News) – The body of a pastor in southern India was found hung from the thatched roof of his house early Saturday morning (Jan. 20), a week after he complained to police about opposition from Hindu extremists, sources said.

Congregation members said they found the body of pastor Gideon Periyaswamy of Maknayeem Church hanging from a rope in his one-room house beside the church building in Adayachery village, Kanchipuram District, but that his knees were bent stiff, as if others had placed him in the noose after his death. He was 43.