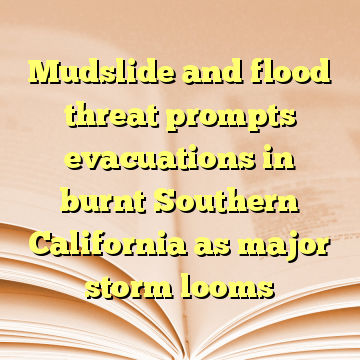 (Worthy News) – Mudslides and flash floods, or at least the potential for them, raised new danger for Southern California on Monday as mandatory evacuations were issued for regions already devastated by wildfires and now facing the first major rainstorm of the season.

On Monday afternoon, light to moderate rain had spread over much of Santa Barbara, Ventura and Los Angeles counties, according to the National Weather Service office in Los Angeles. [ Source: NBC News (Read More…) ]