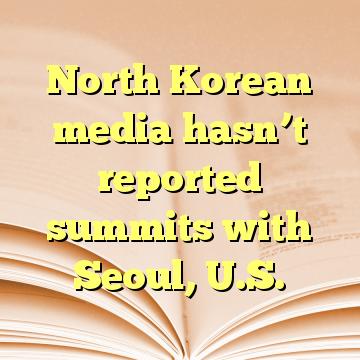 The official confirmed there has been no media coverage of the planned meetings in the North. [ Source: UPI (Read More…) ]