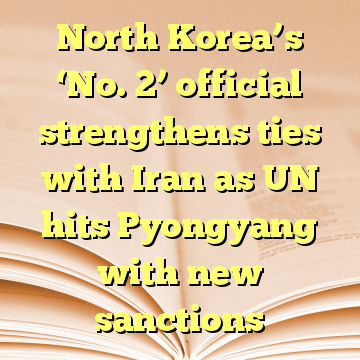 (Worthy News) – Amid new international sanctions, North Korea’s “No. 2” official embarked on a 10-day visit to Iran, a move that could result in the two sides expanding their ties.

But given the head of North Korea’s parliament is expected to stay for 10 days in Iran, the trip is being seen as a front for other purposes, including expanding military cooperation. At the same time, Pyongyang is looking for ways to counter sanctions and to boost the hard currency for the dynastic regime led by Kim Jong Un. [ Source (Read More…) ]