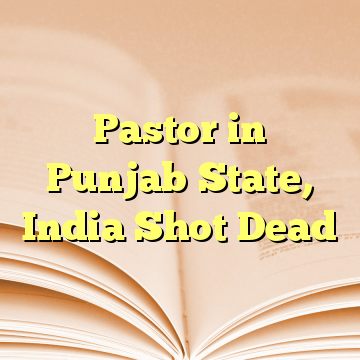 Pastor Sultan Masih of Temple of God was found shot dead at Peer Banda Mohalla in the Salem Tabri area of Ludhiana District on Saturday evening (July 15). He was 50.

Masih was talking by phone outside the church building when assailants on a motorbike shot him, CCTV footage recovered by police shows. His son Anoop Masih, discovered him. [ Source (Read More…) ]