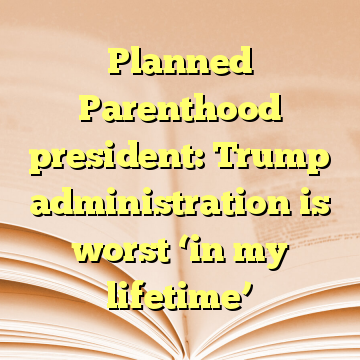 (Worthy News) – Planned Parenthood Federation of America President Cecile Richards says the Trump administration has already done more to set back the nation’s largest abortion provider than any other in the last half-century.

“This White House has been worse for women than any administration in my lifetime,” Ms. Richards said in an interview with PEOPLE.

Mr. Trump and Republicans in Congress have promised to divest Planned Parenthood’s more than $500-million annual taxpayer allowance to women’s health clinics that do not perform abortions. [ Source: Washington Times ]