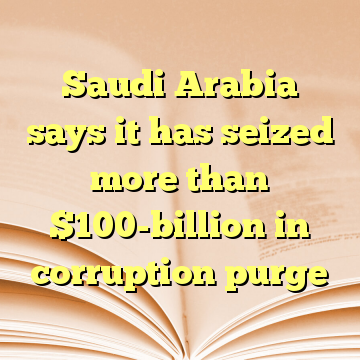 (Worthy News) – Saudi Arabia’s government has arranged to seize more than $100-billion (U.S.) through financial settlements with businessmen and officials detained in its crackdown on corruption, the attorney-general said on Tuesday.

The announcement appeared to represent a political victory for Crown Prince Mohammed bin Salman, who launched the purge last November and predicted at the time that it would net about $100-billion in settlements.

Dozens of top officials and businessmen were detained in the crackdown, many of them confined and interrogated at Riyadh’s opulent Ritz-Carlton Hotel. [ Source: Globe and Mail (Read More…) ]