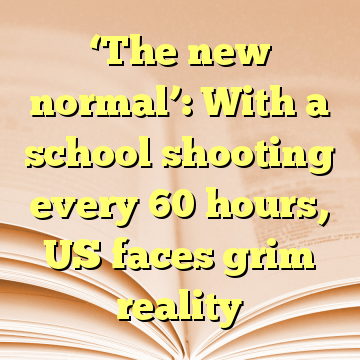 The deadly gun rampage at a Florida high school on Wednesday took to 18 the number of school shootings across the United States so far this year – an average of one school shooting every 60 hours.

Mr Bratton said the statistic was “astonishing”, but admitted that it was “the new normal”.

According to the independent Everytown for Gun Safety group, eight of the 18 school shooting incidents so far this year, which cover primary schools to universities, involved guns being discharged with no one injured. [ Source: UK Telegraph (Read More…) ]