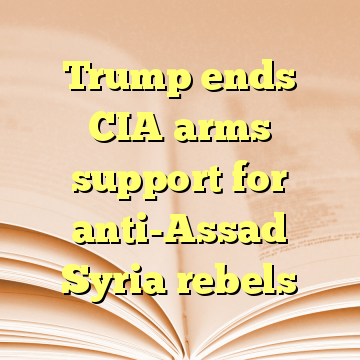 The U.S. decision, said one of the officials, is part of an effort by the administration to improve relations with Russia, which along with Iranian-supported groups has largely succeeded in preserving Assad’s government in the six-year-civil war.

The CIA program began in 2013 as part of efforts by the administration of then-President Barack Obama to overthrow Assad, but produced little success, said the officials, both of whom are familiar with the program and spoke on the condition of anonymity. [ Source:Reuters (Read More…) ]