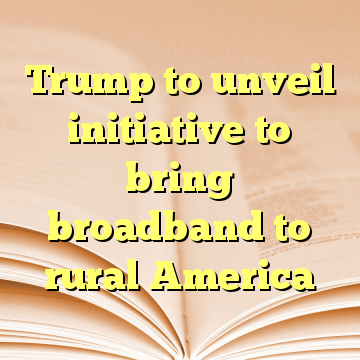 Trump will speak alongside Secretary of Agriculture Sonny Perdue Monday to address a report by the Interagency Task Force on Agriculture and Rural Prosperity, which he established with an executive order in April.

Much of the report was built on the basis of bringing broadband internet to rural America, Special Assistant for Technology, Telecommunications, and Cybersecurity at the National Economic Council Grace Koh said. [ Source: UPI (Read More…) ]