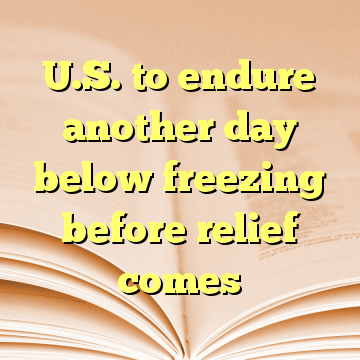 (Worthy News) – The bitter cold that has gripped much of the United States since the new year will last another day, forecasters said on Sunday, predicting an end to a frigid spell that featured a “bomb cyclone” snowstorm and frozen iguanas falling from trees in Florida.

The U.S. Northeast will endure at least one more day of sub-freezing temperatures before the arrival of a thaw that could help residents in some areas of New England recover from a foot (30 cm) or more of snow dumped by Friday’s blizzard.

Much of the central part of the country was due for snow, ice and rain on Sunday, forecasters said. [ Source: Reuters (Read More…) ]